Showing posts from August, 2020
Show all

Diary of a Homeschool Dad: Week 3 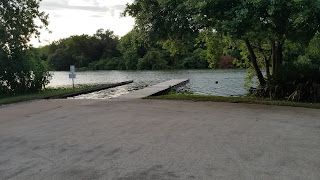 What a week this turned out to be!  Laura decided to take a chunk out of our schedule, so we had to do some on-the-fly adjusting.  Here's how week 3 played out in our house. Sunday - This marked the final service that is planned to be entirely online, as in-person church resumes next week.  Which also means we've enjoyed our last sermon in shorts and bare feet!  As everyone has gotten into a nice routine of getting up early, it is certainly much easier to be awake in advance of the early start time, and we all seem to be ready and willing to set those alarms even earlier soon to be in the sanctuary for real.  Everyone's Zoom meetings went well and the older two girls (Mrs. Geo and Girly) even got some mall time in.  Shopping is still a necessary event for the ladies of the house, you see. Monday - With our local school district actually beginning classes today, this was the first day that Mrs. Geographist got to teach her students.  The load was supposed to be very light, b
Post a Comment
Read more

Diary of a Homeschool Dad: Week 2 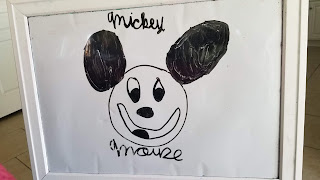 Last week you got to meet the main characters in our play, and as the weeks go by we'll figure out if the tale will be drama, comedy, or action.  I'm betting it will eventually include all three, like some grand epic that Cecil B. DeMille or David O. Selznick would be proud to produce.  Starting with last weekend, let's get into how this cycle went down. Saturday - Girly had a cello lesson in the morning, which is always a good way to burn off the early part of the day (and when you're talking a SE Texas August, "burn" is the appropriate word choice).  Speaking of our oldest kid and driving, this is the day she began taking driver's ed online.  We're doing the at-home option, because these days who is really excited about jumping into a car with a stranger and breathing the potentially-Covid-inducing air?  Now we wait and see how long it will take her to get the requisite 6 hours of instruction before she's ready to schedule a DPS visit to obtain a
1 comment
Read more

Diary of a Homeschool Dad: Week 1

A quick glance at headlines at any point over the past six months would suggest we're living in an unusual time.  And since I've already got this website, it seemed that the start of the 2020-21 school year might be a great time to document what life looks like to me right now.  The whole world is going through an interesting moment together, so this blog will take a brief excursion to see what is going on with an average family living just outside of Houston, TX. First of all, let's take some time to meet the main characters.  In case you're new to this page, my name is Brian.  I am fascinated by all things history and geography, hence the name of my page and my nickname "Geographist".  By profession I'm a cartographer (yes, that's a map maker) and have worked in various segments of the petroleum industry for my entire 18 year career.  I'm active in my church, where my wife and I serve as 5th grade Bible study directors, I play the cello in the or
2 comments
Read more 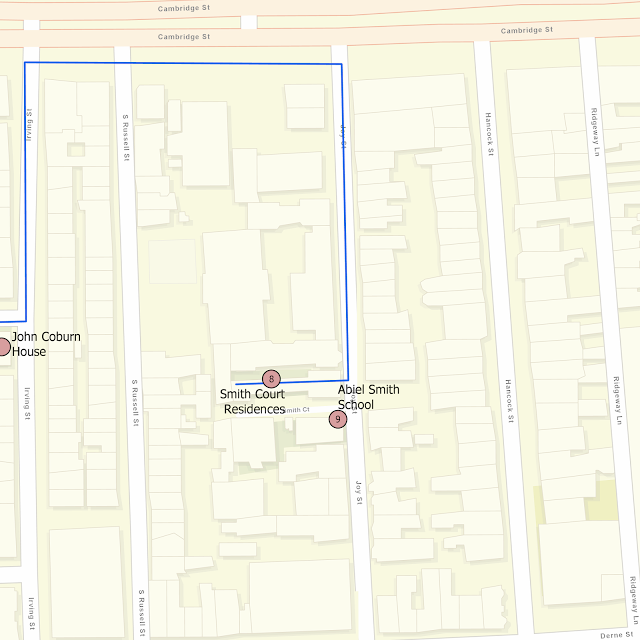 This will be the final post about Boston for a little while.  I'm putting the historic city on hiatus for a period of time to focus on something new going on in the Geographist household - as school begins for all four girls in my home (my wife will be teaching virtually, the oldest two kids are attending in person, and the youngest is homeschooling) I start a new chapter as the stay-at-home dad because my employer's local office has not reopened.  Yes, that makes me a homeschool dad!  And while Boston may have tons of history to learn, it seems important to acknowledge what a unique moment in history we're experiencing right now, and so I will attempt to document how we do things in 2020 during the coming months. But until then, let's focus on the next stop along the Black Heritage Trail...and that is the Abiel Smith School. We've already seen a mention of the Abiel Smith School in previous posts, as it was an important location for the education of the African Ame
Post a Comment
Read more 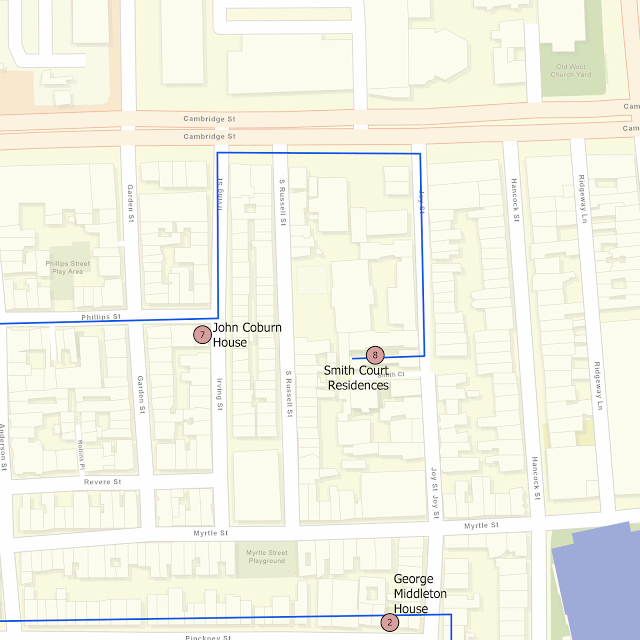 This week, as we approach the end of the Black Heritage Trail in Boston, we come to a group of houses.  Unlike some of the previous homes that we have studied, and that have merited enough attention to be placed under the care of the National Park Service, these locations are much less a story of person and much more a study of place and time.  The various developments that occupy Smith Court, in fact, reflect the changes that occurred in Boston through three centuries of growth and migration within the Beacon Hill neighborhood. Five historic homes stand along the small, dead-end road that cuts off of Joy St. and while they all represent life for residents in this part of town during the 19th century, they nevertheless vary quite a bit by age.  In fact, walking the street that is less than 150' long will take you through nearly that many years as the oldest surviving home was built in the late 18th century, and the apartments on the corner weren't completed until well into the
Post a Comment
Read more
More posts