I heard a story about some kid who came across a man catching crabs along the beach.  He stored all of the crabs in a bucket, but there was no lid on top.

"Hey mister, you're going to lose all of your crabs!"  The kid was convinced the crabs could easily climb out.

"No, son," the man replied, "because if one tries to get out, the others will always pull him back in."

Spend enough time trying to improve yourself and eventually you'll come across someone who doesn't like it, just like those crabs that don't want the other one to escape.  There are various reasons why some people might not want you to do your very best - it might be that they disagree with your priorities, or they think that you'll make them look lazy if you succeed where they haven't.  But many times it's simply because they have the mistaken impression that more for you means less for them.  To really maximize your potential it's critical to develop an abundance mentality. 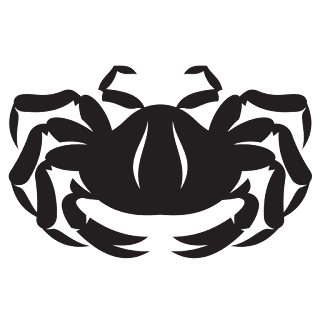 In school we all learn about pie charts, right?  As I'm writing this post, it's fall and I've got ingredients ready to make some pumpkin pie.  One thing I have to be very careful about, however, is how I slice it because there's no way to evenly divide six pieces among five family members.  I've had teachers that taught fractions by telling about how many slices of some imaginary pizza or pie had been taken, assuming there were a group of evenly-sized slices at the beginning.  They'd ask questions like, "if Sally took two of the eight slices, how many are left for the rest of the children?"  My question was always related to how many other pizzas were available, because I've rarely been to a party with only one.

In the real world, the amount of physical resources that are available are almost never finite.  If I buy seeds for a dollar, for instance, then take the time and energy to plant and tend them until a tree grows, then I can harvest the fruit or even cut it down for lumber.  The product will far surpass $1 in value!  Every day, people trying to sell houses will take a few dollars of paint and cover their walls to improve appeal and drive up the price.  In America, as well as several other nations with economies that give citizens the ability to own property and other valuable goods, ambitious people are free to create value any way they can.  So rather that taking pieces of the pie, you're free to cook as many pies as you like.

But what about other important resources that aren't tangible or financial?  Well, any parent will be able to tell you that emotions aren't limited either.  Loving one child doesn't mean you're unable to love a second, third, or more.  A person's levels of affection, concern, hope, and confidence are among the many traits that can never be measured or exhausted, no matter how many people share them.  So be sure to give them freely and open yourself up to receive them as well, knowing you'll never take more than someone can spare.  That's what it means to have an abundance mindset - knowing there will always be enough to go around.

There is one resource that should be noted as the only limiting factor, however, and that is time.  It is the one factor that makes all of mankind equal, because every day we all have the exact same 24 hours.  Rich or poor, strong or weak, old or young, we are all given the exact same amount, and that means that none of us can afford to let it be wasted.  So make every minute count, add as much value to the world as you can, and never worry about having too much pie.  Soon enough, you'll be surprised to find that you are able to climb out of that bucket!

Research how much a pound of a certain metal costs.  Then figure out how many nails, pins, or springs you could make and see what value you can create from such a simple raw material.

In his classic book, How To Win Friends & Influence People, Dale Carnegie tells how Charles Schwab created value for his boss, Andrew Carnegie.  He used his understanding of people skills to create a competition between shifts of steel workers to outproduce one another - making a huge profit for the company as well as helping him to earn what may have been the nation's very first million-dollar salary for any employee.  Everybody who was involved accomplished (and earned) more because he added value and knew how to generate abundance!