Have you ever been to the hospital?  I've been to the emergency room once or twice, plus I've had a few "minor" surgeries and procedures over the years.  It seems like a doctor will almost always direct someone to provide medication to the patient, either in a pill or through the point of needle, and then will want to find out how the individual is doing after a certain period of time.  Why?  To see if there has been any improvement, or at least to make sure that nothing has gotten worse.  If I were to have an infection, for instance, and the medicine was helping me, you might expect to hear someone say something about how well I was responding to the treatment.  If something had gone wrong, however, the medical professionals might be concerned that my body was having a reaction.  Notice the difference in those two words!  Today, as we look at how to live a successful life, let's make sure we know how to avoid having a reaction. 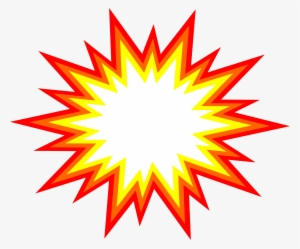 In the medical example I provided, we could probably agree to describe a response as a planned, positive result.  It's what we hoped would happen based on the guidance of experts and past experience of other individuals in the same situation.  A reaction, on the other hand, is often unexpected (even if it has happened before under similar circumstances) and nearly always unwanted.  How does that apply to our everyday lives?  Think about the last time you heard about a famous person get accused of something.  If the news headline said that the person "responded" then you naturally assume there was some time and thought applied to the words they used or the action they took.  If, however, it was reported that they "reacted" then it sounds like they may have been caught off-guard and was guided by nothing but emotion - you certainly don't get the impression that they handled it well.

We want to handle things well!  When faced with bad news, adversity, or disappointment, we want to take the necessary time to put our emotions on hold long enough to engage our minds.  Otherwise we may end up creating a new situation that will take even more time and effort to fix.  I can honestly say that the moments in life I tend to regret most are the ones that involved emotional decision-making without any logical input.  So take my advice: always respond to avoid a reaction.

It may be difficult to control emotions if you've never practiced doing it.  Try role-playing a few scenarios with a friend at first.  Then, commit to not giving a reply (verbal, written, or any other way) while agitated or emotional.  If you're typing an email or social media post, as former football coach Herm Edwards would say, "Don't Press Send!"  Take a moment and ask yourself if you're helping solve the issue, or if you're creating a new one.

"When angry, count ten, before you speak; if very angry, an hundred." - Thomas Jefferson, 3rd President of the United States