Most people, as they get older, can easily remember someone who made a big impact on them as young people.  Often a teacher or a coach from childhood, those who take time to pour a little bit of themselves into others are never forgotten.  But sometimes people don't realize how important it is to have someone help them reach certain personal goals.  For our chat today, let's call all of these helpful people mentors. 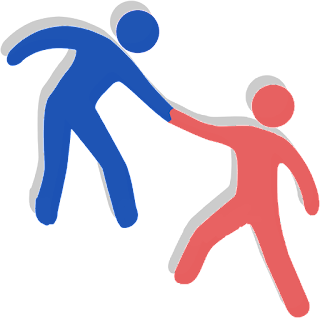 I played basketball while growing up.  For eight years I was a part of several teams with various levels of success - for instance, one never won a game and another reached a state championship game.  When playing sports, it's easy to recognize that your coach is the one with the ideas that the team should follow.  The same thing often applies to music directors, school teachers, and church leaders.  When someone has taken time to study the best ways of doing something, they're much easier to follow.  But it's not always that easy to know who you should listen to, right?

Here are my suggestions for finding a mentor.  First, figure out what you want to learn or do better - it could be drawing, talking in front of groups, riding horses, or literally anything else that is interesting and important to you.  Second, find someone with fruit on their tree.  What does that mean?  Don't take advice from someone who can't do what you want - that's like asking somebody who dropped out of flight school how to become a pilot!  Find someone who is good at it, and like we decided last week, it never hurts to aim high.  Third, be bold in asking for help because it shows both humility (you don't know everything) and respect (you recognize their success).  Most people are willing to give back, because they know someone helped them, too.  Finally, show gratitude and follow your mentor's advice, even if you don't necessarily understand it.  Nothing will sour your relationship faster than too much ego.

As an important note, be aware that some people should NOT be a mentor.  Sometimes the fruit on the tree doesn't match the Fruit of the Spirit (if you don't know what that means, go look up Galatians 5:22-23 in a Bible or online).  Just as you should make a practice of following the guidance of a mentor, you should make a deliberate practice of dismissing bad advice from bad sources.  We'll discuss that more in a later post.

Take a moment to look over some of the goals you wrote down last week.  This might give you an idea of where you might need a mentor!  Write down a name or two of someone you already know who might be able to help you improve in that area.

John Wooden is considered the greatest basketball coach of all time, but also was an icon of how to lead and mentor others.  Look up his story and read his quotes to understand what you should seek in a mentor, and to help you realize that you can someday become a mentor to others as well.