In April of 1912, a new baseball stadium was introduced to the city of Boston that would one day become one of the most recognizable venues in sports history: Fenway Park.  The new home of the Red Sox had been constructed hastily on land that had previously been along the swampy edge of the Charles River, and witnessed an incredible season of baseball that culminated with a championship.  Today, well over 100 years later, we'll take a brief look at the oldest remaining professional baseball stadium in existence that has become an historical icon for the city. 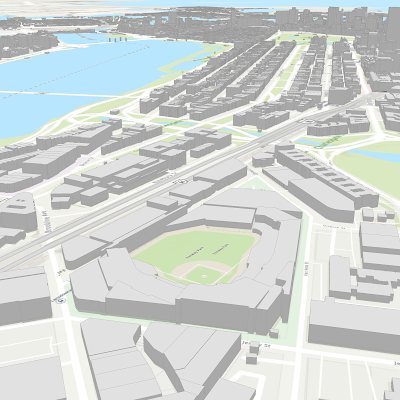 Change was in the air for the Boston Red Sox in 1911.  The owners of the team, father-son tandem Charles and John Taylor, had opted not to renew the lease at the stadium they had called home for a decade, opting instead to purchase land farther north in an area along Back Bay known as "The Fens".  Early in the 19th century, Beacon Hill and other high points around the city had been cut down and used to fill in locations along the surrounding bodies of water, increasing the land area of Boston and allowing for new neighborhoods like Fenway to spring up.  Four months after the February land purchase, John Taylor announced in late June that he would build a new baseball field.  He sold the team in September but agreed to remain and oversee construction, which broke ground at the end of that month.  Facing a tight timeline, the stadium opened in time for the 1912 season but with limited seating.  With a new location, a new stadium, and a new owner, the first season at Fenway was a rousing success as the team won 105 regular season games before defeating the New York Islanders in an eight-game World Series (including one tie).

Over the years, several other teams have called Fenway Park their home, including baseball's Braves and football's Redskins, Yanks, and Patriots.  Special sporting events such as boxing, hockey, and even Gaelic games have frequented the venue.  The largest crowd in the park's history, however, gathered in 1919 to support Irish independence as the nation's future president, Eamon De Valera, spoke to nearly 50,000.  But despite several losing seasons and comically low attendance numbers for the Red Sox (including an abysmal 1965 season that set a post-WWII low for attendance, including a late-season matchup that boasted a mere 461 paying customers), they remain as the longest-tenured and closest-linked group associated with the ballpark's ever-lengthening history.

Many things have changed about the field itself, including unique features such as a 10' tall hill against the left field wall named "Duffy's Cliff" and the addition of seating areas and bullpens that have created unique outfield angles such as the "Triangle" in center field.  Two enduring features that have remained deep into the 21st century include the shortest right field foul pole in professional baseball, nicknamed "Pesky's Pole", and the towering left field wall known as "The Green Monster".  Investment and modernizations to the park, in addition to the historical interest that it continues to garner among both sports and history enthusiasts, ensure that this enduring symbol of Boston should remain for many years to come.