Diary of a Homeschool Dad - Week 36

- April 19, 2021
Another week is in the books, and this one made it feel like we're starting to wind down the school year activities as the kids start preparing for their final events.  Oh, and we had lots of birthdays!
Sunday - One week after Easter Sunday, and while the crowd was a bit smaller than on the "big day" it's quite obvious that more and more folks are feeling comfortable coming around.  After grabbing Italian food for lunch we all decided it was a perfect time for a gelato dessert.  During the evening, Curly participated in the Association level of Bible Drill, which was still held on our church campus.  I was really proud of all the kids that competed, and all of them scored well enough to advance on to the State level in a few weeks.  To celebrate, we all headed outside for some ice cream - hooray for two frozen dairy desserts in a single day! 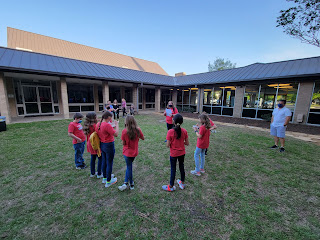 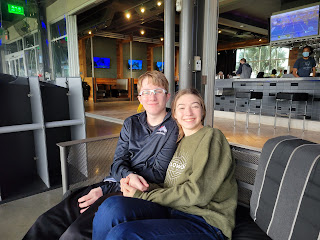 With only 5 weeks of school remaining, we're approaching the time of year where we'll start doing more concerts, recitals, and other end-of-semester or end-of-schoolyear shows.  That, in addition to my dad's return to Houston for treatment, means we've got a lot of irons in the proverbial fire.  Stay tuned to find out where we'll wind up next!