Diary of a Homeschool Dad - Week 33

This week certainly was a one that deserved a gold star on the calendar!  With so much going on, I decided our family motto should now be "Making the most of a good situation"!  Maybe I should find someone willing to stencil that onto the wall by our front door, what do you think?

Sunday - We were back at church to start the week after being out of town for Spring Break, and it was good to see our 5th grade crew again.  One thing we've noticed is that, in addition to the general population continuing to rise at places like our church, the traffic situation is also starting to appear decidedly pre-pandemic.  Suffice it to say that we were all hungry for lunch by the time it took us to travel back through town after services were over!  In the evening the Bible Drill kids had their final dress rehearsal for next week's competition, which gave them a good sense of where they stand.  In an exceptionally bizarre semester full of unexpected closures and weather events, the kids that stayed the course all the way to the finish line all proved something remarkable to themselves and all of us.

Monday - It was back to school for everybody as we stare down the final quarter of the year.  When Whirly had her school evaluation a few weeks ago, we were a bit surprised to find that math was something of a weak point.  She doesn't necessarily have a hard time grasping the concepts, but she frequently makes small mental errors that drop her scores.  To help with that process, we started doing single-page drill sheets that go back and focus on the basics.  On the housing front, we found out that the insurance we'd signed up for had quoted us for the wrong county and when corrected it increased the cost by over 15%.  Not wanting to accept that, I started scrambling for another option to lock in before closing on Friday.  But the good news was that our appraisal finally arrived and it opened the door for all the final paperwork to get pushed through in time.  The end of the day brought about another cello lesson for Girly, along with the usual driving practice that typically goes along with it.

Tuesday - I jokingly attempted to get Whirly to wear the black belt she received at her birthday party to our usual martial arts lesson, but she wisely declined.  Most of the day was spent preparing for everyone's favorite event - belt graduation!  This was the first time they had a live graduation in quite a while since they'd been restricted to online options since before either of us joined.  At home more boxes have been put together, filled up, and taped shut while we anticipate the upcoming move, and I also started working on transferring all of the utility services in the new place to our name.  Curly had a clarinet lesson, once again held virtually on a tablet, and I've started wondering at what point those will go live once again.  After all, her private teacher is also her school band director, and they've been doing school in-person since August (not to mention being "mask optional" since the Texas governor lifted the statewide mandate).  I spent some time on the phone with my wireless provider to add a new line so that my dad can have a tablet that will be easier to manage than his phone has been.  He's been shuffled around to several different medical facilities, and I know those moves plus the two months of pain and uncertainty he's endured have really started to wear him and my mom down.

Wednesday - For the latest effort towards our upcoming move, I got to cruise over to our new home's city hall bright and early to start water service.  It had been a little too long since my last haircut so after picking up the older two kids from school I finally made it in for a trim.  Mrs. Geographist snagged pizza for all the girls on the way home from work and then took off for church for the usual set of midweek activities.  I ate leftovers before putting on my gi and heading to my martial arts graduation.  I was early enough to catch the bulk of the previous group's ceremony, which gave me a better idea of what our instructors had been coaching us through during our last two class periods.  After the candidates showed off the skills we'd learned over the previous three months, it was time for families to join their students on the mat for the symbolic board break.  With my crew still on the road, I was fortunate enough to have one of the black belt instructors step in to help me out.  It's only one step along the road, but it felt great to accomplish! 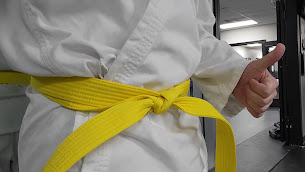 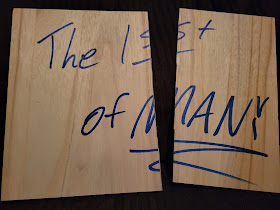 Thursday - For the first time since the big freeze hit Texas, I actually had to mow my lawn.  The massive amount of dead plant matter that got tossed into the air during the process was enough to make even the most staunch mask opponent realize there are times when you need something in your face to help protect those lungs!  I got cleaned up after picking up the girls from school (although I'm sure they wished I had done so beforehand) before taking Curly to her piano lesson.  Whirly, on the other hand, took her turn at a belt graduation ceremony as she earned her orange belt.  Without Girly, who remained home to study for a pair of tests, the rest of us got to celebrate by eating cuisine that she staunchly refused to taste but the other two were very interested in trying - sushi.  I don't think it'll fit into their standard rotation of food requests, but they gave it an attempt and really enjoyed some of the other offerings that the restaurant had.  We snagged some ice cream on the way home and called it a day. 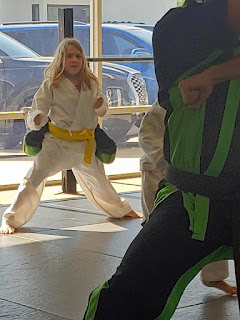 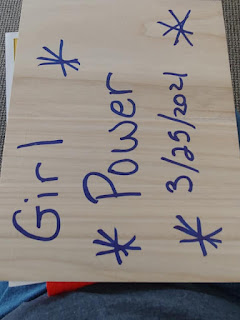 Friday - Big day for our family!  I deliberately left a light work load for Whirly, because we had some very important chores to handle.  The first step was for me to drop by our bank to get a cashier's check for closing.  The second step was to meet Mrs. Geo and our realtor at the house for a final walk through.  The third step was to go to the title company and sign all of the paperwork.  By about 3:30 pm, as we were picking up the girls from school, we received word that everything had gone through and the home was officially in our name!  We met our realtor again to pick up keys, and then headed over to the new house once again.  Our church had a big youth weekend event so we had to get Girly to that side of town, and decided that we had earned one more celebration dinner at our favorite steak place. 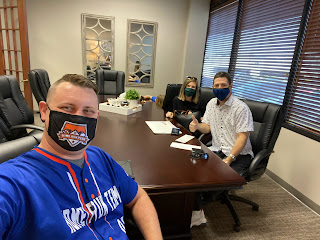 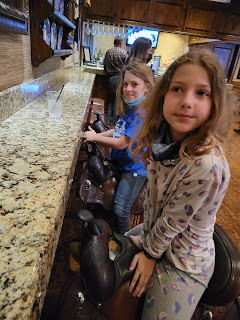 Saturday - There are certain things you're not really supposed to do while purchasing a home, and one of those is spend a bunch of money on things like furniture.  Once the process was completed, however, Mrs. Geographist wanted a few things that would help the new place look and feel the way she wanted.  We made those purchases and then headed across town to pick up Girly from her church event, which was actually early.  Initially, she had a school social event on the docket but that was canceled at the last minute, so the mother of kiddo's boyfriend scheduled an alternative activity.  Back home, we continued the process of building and filling boxes for a while before eating at home (for the first time in a while), and then got ready to take over the new furniture to the new house.  The first pieces in the place went a long way towards making it feel much more like a home. 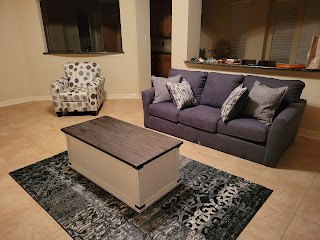 It was a good week!  But don't worry, it doesn't stop there - lots more will be coming up in the coming days.