Diary of a Homeschool Dad - Week 27

Lots of random goings-on this week!

Sunday - Apparently there was some big football game scheduled.  After church and Bible study, we got to hang around late with the kids for a Bible Drill party with the appropriate gridiron theme.  Pizza and cupcakes are a must!  I thought the games to help the kids remember their verses and passages were pretty cool, considering we're still doing things 6' apart.  Once we got home and did some light housework (and just a bit of office work) I watched some of the first half of the game, but got annoyed with it pretty quickly.  So I decided to just hang out for a while with my wife and chill for the evening. 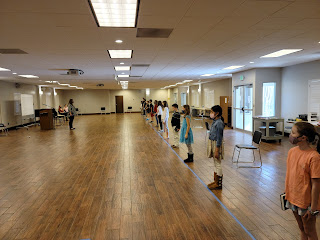 Monday - In addition to school and work, we also had a few chores to run.  I had upgraded my phone so it was necessary to return my old device, which meant a trip to the UPS store.  In addition, Whirly had to get a blood test to make sure her medication was doing well.  And any time a little girl has to get a shot, it seems right somehow that you take her out for some dessert, right?  So we hit the local frozen yogurt shop across from NASA for a little Daddy-daughter date!  Her selection was somewhat less than traditional - Nutella and cotton candy flavors, with marshmallow, Oreo, and sprinkle toppings. 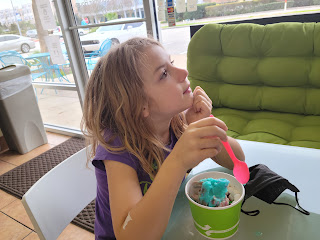 Tuesday - It was a martial arts day, and we spent time on the mat working on endurance (running in a circle for ten minutes, holding a squatting "horse stance" for several minutes at a time) as well as our performance forms.  I officially earned my white belt, which was pretty awesome! 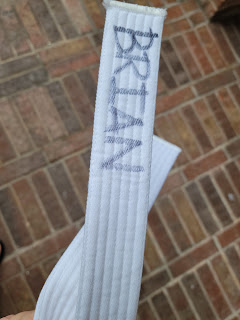 Wednesday - With our lease ending in May, we're officially in the market for a new home.  Our friend and realtor came down to show us a bunch of houses, and obviously with Whirly not being on-campus for school she got to participate.  We finally found a place that seems to suit our needs and started the process of putting in an offer, so now we'll sit back and see where the negotiations lead us.  After Girly and Curly got home from school, it was time for all the girls to head to church for Wednesday night activities, which actually included basketball practice for our athletic one (a makeup for the two weeks they lost to Covid restrictions).  I, on the other hand, stayed home and caught up on my work requests so that nobody at the office would get upset with me ignoring them for the bulk of the day.
Thursday - Curly's birthday!  Our middlest princess got to celebrate with a new phone (cleverly disguised in a much-too-large box) in the morning.  While she and Girly were off at school, Whirly and I had martial arts.  It was parent workout participation week, so they were teaching us how to work at home with the kids to improve their techniques.  After school, Curly got to pick our dinner location, so she opted for some TexMex which left us all fat and happy! 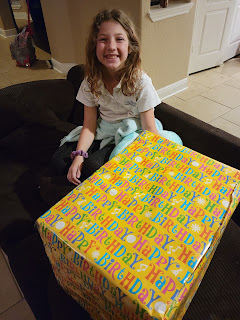 Friday - The girls were out of school, as their campus was hosting a teacher conference.  Mrs. Geographist got to sub for a half day at one of the local public schools, and even managed to get one Valentine's present from one of her kids.  My office work was abnormally busy, so the girls got to humor themselves without much supervision for the bulk of the day.  Good thing they're all old enough to handle that sort of thing!  At the end of the day, Whirly got to head over to the martial arts studio for a Parents Night Out (although we weren't going out) to do a bunch of obstacle courses, trick shots, and pizza.  Mrs. Geo and I took Girly and Curly out to a diner for some massively oversized portions to wrap up the week. 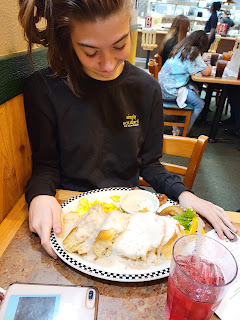 Saturday - In an effort to look nice and spiffy for Valentine's Day, I went to get an overdue haircut at a new barber shop, after which we got a response on our prospective house purchase which required an adjusted offer.  Curly had a basketball game, which was only the second one of the season that I've been able to attend - with Covid rules, only one spectator is allowed per game, so Mrs. Geographist has gone to a couple and our team was shut down for a couple more because of a positive test by one of the players.  Girly made a large batch of cookies for her sweetheart and headed over to his house for a few hours, and Mrs. Geo and I headed to a fancy restaurant for an early Valentine's Day celebration. 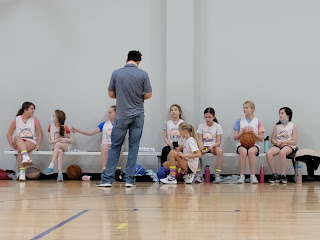 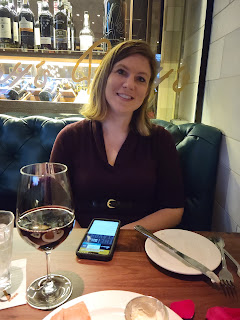 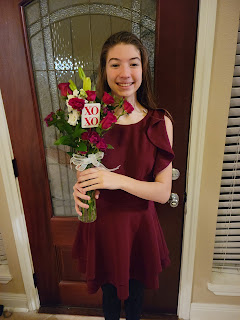 I hope everyone is staying warm out there as most of the US seems to be dipping into some very cold temps right now!  Next week I'll share some of our snowy and icy pics, as Texas enjoys one of those rare times when we actually get some of the white winter stuff on the ground.