Diary of a Homeschool Dad - Week 25

First of all, the blog hit 1,000+ viewers again in the month of January - I can never say thank you enough to everyone who continues to check in!  After two years of posting each week about various topics, it's great to see folks clicking the link on a regular basis.

Sunday - We started the week at church, and then headed to grab some Cajun seafood at lunch (including some awesome dessert!) at one of our old favorite restaurants.  Once home, my mom alerted us that she was taking my dad to the ER due to discomfort from their auto accident.  Given his health history we were glad to hear there were no heart issues, but apparently he'd sustained a compressed disc and fracture in his back from the impact of their collision.  I intended to head to their house to help out, but after Mrs. Geographist brought Girly back from her youth choir rehearsal we opted for a Monday visit instead.  I helped out with Curly and Whirly's online Bible Drill, and wrapped up the day by preparing a week of lesson plans that I knew had a good chance of being interrupted. 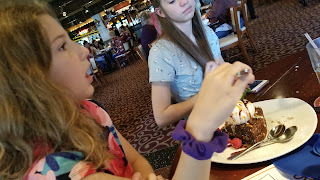 Monday - Mrs. Geo was up a little extra-early as she took her first kick boxing class at the same studio where Whirly takes martial arts, and then once again worked at the girls' school, this time as a substitute teacher in middle school.  Whirly and I got a start on school and office work, and then headed out to visit with my parents.  Kiddo did a good job of getting all of her assignments done well, even with so much time in the car.  I helped my mom return the rental car they'd picked up in Mississippi, took some time to hang out and make sure everything was okay with my dad.  We had a chance to look at the results from DNA tests that our crew gave them for Christmas (with some interesting surprises), and then I managed to get back home shortly after Curly's virtual clarinet lesson in time to drive Girly over to her cello lesson.  Lots of miles put on the car, and it was just a dose of what was to come.

Tuesday - While I'd been out on Monday, a delivery had arrived that I was able to finally open and enjoy.  Scottish food!  Well, technically the first piece was Dutch - a great breakfast tea called Pickwick that I'd first had on my trip to Europe back in 1999.  Then I had some oakcakes from Orkney, some Scottish blackcurrant preserves from near St. Andrews, and a soft drink called Irn Bru from Glasgow.  I have been listening to music by The Proclaimers, a rock group composed of Scottish twins that have long been a favorite of music lovers north of Hadrian's Wall.  The only thing missing was the bagpipes and golf!  I split teaching duties with Mrs. Geographist, who got to work for half a day at one of the nearby public schools where she'd done a bit of substituting before Covid began last year, and Whirly had her usual martial arts lesson.  This was one of the few times this month when I've actually needed to go sit in pickup line for Girly and Curly!  The wife and I had to swing by the cell phone store to get her SIM card replaced, so we went ahead and added a line for Curly's upcoming birthday, and I ordered an upgrade replacement for my aging phone.  Finally we wrapped up the day by taking the only kid who didn't want to stay home (Curly) out for steak while Girly and Whirly scavenged on fridge food.  Sometimes the kids are strange, but it's nice when their own decisions allow us to have some individual time with one of them at a time.

Wednesday - No breakfast or early morning caffeine for me, as I had my annual physical early and needed to be fasting for some of the blood work my doctor likes to perform.  I had taken a day off work, but the whole process was actually muck quicker than I thought it may have been.  By the time I got home, Mrs. Geo and Whirly were already moving through the day's school work so I took a little time to play some video games.  We took a trip to the Montrose neighborhood just east of downtown Houston to grab lunch at a little taco shop that was one of my favorites back in the days when I actually used to work in an office every day.  Seems like a long time ago!  So for the second time in as many days, we got one of the kids alone with the two of us.  Once again there were no Wednesday night activities at church for the girls, but that should change once the calendar rolls over to February. 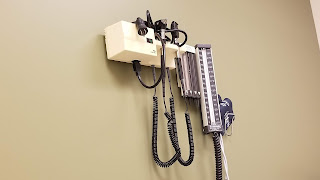 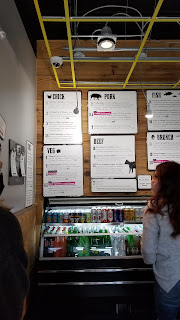 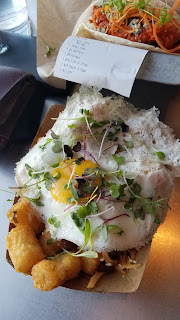 Thursday - I got to be the teacher again for Whirly as Mrs. Geo spent another day at the girls' school.  We were all having lots of communication with family from various places, as funeral plans for my aunt had been finalized on Monday and we were all waiting for my dad to visit his regular doctor before booking our travel plans.  With my mom opting to fly in order to minimize her time away from my dad, we booked our hotel room and got ready to get the younger girls to their other grandparents' house (and the dog to the vet) while Girly would take the trip with us.  My replacement phone arrived, but we discovered a return trip to the physical store would be required because they put that phone on my daughter's new line and hadn't sent her phone at all.  Whirly had her second martial arts lesson of the week but didn't qualify for her monthly stripe because her instructor wasn't yet satisfied with her performance, so she'll have to try again once we're back home.  I'm actually making plans to join her next month on the mat and start my own martial arts journey!  Mrs. Geographist took Curly over to her piano lesson while I whipped up some dinner on the grill, mostly in an effort to clear out some food from our fridge before leaving town for a few days.  All the girls finished the day by packing up suitcases for their respective destinations.

Friday - I started my day by knocking out some work requests before journeying over to the cell phone store for the remainder of the morning to solve all the issues with the upgrade and new line.  Since that took much longer than I'd anticipated, it was then necessary for me to focus on catching up on some additional work that came in rather than handling chores like taking the dog to the vet and swinging by the ATM in advance of our trip.  Fortunately Whirly got her work done quickly and I have an awesome wife who willingly jumped in and took care of the to-do list.  Eventually we got everything wrapped up and picked up the older two girls from school.  Once everyone was home, we got all of our suitcases together and walked out the door.  We had one last meal together before dropping the younger two off with Mrs. Geographist's parents, and then headed east to spend the night with my parents.

Saturday - Travel day, and a long one at that!  Girly, Mrs. Geo, and I got up before the sun and grabbed some coffee and hot chocolate on our way out the door.  It was nice that we got to spend the night so close to the Louisiana border, because it at least made the trip that much shorter.  Unfortunately, it also meant we were already in Mississippi by the time I got a message from my mom that my dad was unable to get up on his own, and with some additional symptoms beginning to manifest themselves and her unable to lift him it was necessary to call for an ambulance to take him to the hospital.  She encouraged us to continue our trip to help represent her side of the family at her sister's funeral, but was discouraged that she was forced to cancel her trip plans.  I hated that I wasn't able to help her through a difficult time, especially since she was not allowed to accompany my dad to the hospital because of their existing Covid restrictions and was therefore left home alone.  At least I was able to stay in constant touch with her throughout the day, if only to give her someone to keep talking to.  With a couple hours of Girly's help behind the wheel we eventually made it to our destination in North Carolina at midnight and prepared for the upcoming few days of trying to support the rest of the family there. 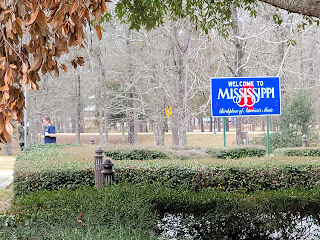