- June 09, 2020
Did you know that Boston has additional trails to travel?  Does it surprise you that they have one dedicated to the city's African American population?  A city that prides itself on being the Cradle of Liberty nevertheless has a complicated history for minorities, and the Black Heritage Trail that branches off from the Freedom Trail between Boston Common and the Massachusetts State House serves to inform visitors about that past. 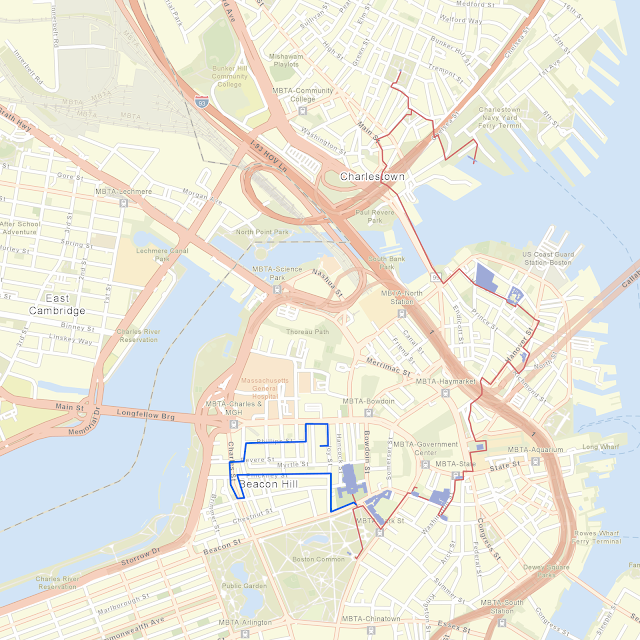 Boston's history with the black community goes back almost as far as that of its European inhabitants.  The first recorded landowner of African descent within modern Boston's city limits was Bostian Ken.  His home (and at least four acres of land) were purchased in 1656 as part of Dorchester, a town just south of the city that was annexed by Boston in 1870.  A former slave himself, Ken actually mortgaged his property to purchase the freedom for another slave for the sum of 32 pounds - a move that also earned him the designation as the first recorded African colonist to purchase a slave, although it was clearly for a much more altruistic purpose than mere ownership.
The first casualty of the American Revolution, it has been pointed out, was a man of African and Indian descent named Crispus Attucks.  Slavery was abolished throughout Massachusetts in 1781, and the memory of such contributions to liberty as those of Attucks were likely fresh in the memories of those who held that the founding principles of America were equally applicable to citizens of every racial background.  A community of free black residents formed near Copp's Hill on Boston's North End, and another later came together in the Beacon Hill neighborhood where today's Black Heritage Trail exists.  As the largest collection of pre-Civil War sites dedicated to the history of free black Americans, the 1.6 mile trail winds past a total of 14 locations.  We will walk this trail together over the coming weeks to understand the significant contributions made by this community that have impacted the entire nation.