- May 04, 2020
From the high steeple to the underground crypts, this week's stop along the Freedom Trail has history from top to bottom.  And from the sweet colonial chocolate to a spicy controversy, there remain plenty of delicious reasons to visit.  The Old North Church remains a house of worship and one of the most-visited historical locations in Boston.

Standing longer than any church in town since its construction in 1723, "Old North" was officially named Christ Church in the City of Boston.  There were actually two different locations known as "Old North" - in addition to Christ Church, there was also a Congregationalist meeting house that was led by such men as Increase Mather (note that I've corrected my error from last week mistaking these two!).  The second church was torn down by the British in 1775 for firewood, and there are some who believe that structure, which stood diagonally across the street from Paul Revere's home, was the real location of the lanterns that signaled those across the Charles River that the British were heading their way.  The dispute actually led to a commission being formed by the city in 1876, which investigated evidence for two years before unanimously concluding that Christ Church is the actual historical site.  If you're a fan of conspiracy theory, you can ponder whether the commission realized they wouldn't benefit from having such a tourist-friendly spot officially recognized as having been reduced to ash and smoke, but barring any new information to the contrary they have put the argument to rest.

The lantern placement by two leaders of the church, Robert Newman and Captain John Pulling, Jr., was not actually intended to notify Paul Revere and his fellow riding companion William Dawes.  Instead, it was a signal to the awaiting militia gathered in the city of Charlestown to the north about how the British military units were moving - and how long it would take.  The lights only shone briefly, as anything over a minute would run the risk of attracting the attention of unwanted and unfriendly eyes, but the message was received and the effect has gone into history. 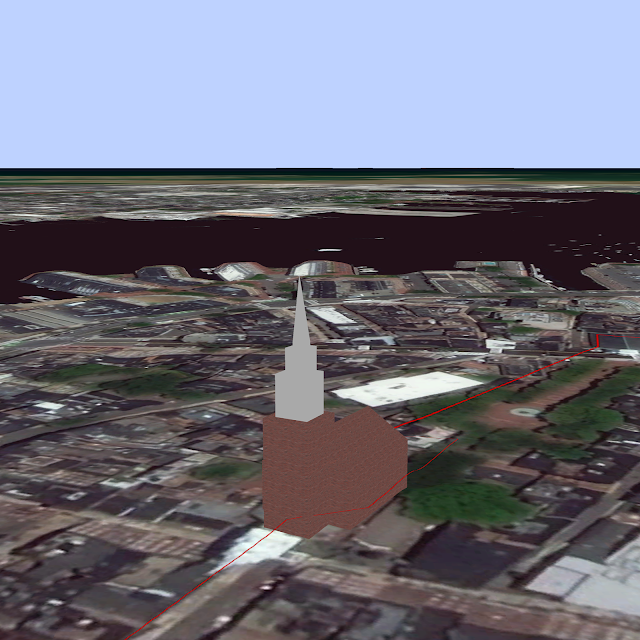 Today, an active congregation worships at Old North Church, and they embrace their part of American history with guided tours (including visits to the 37 tombs containing 1,000+ bodies in the underground crypt) and demonstrations (next door in the Clough House there is a daily chocolate program).  The eight bells that were originally installed in 1745 still ring out every week at the end of church services and on special occasions - Paul Revere himself served in this capacity in 1750 at the age of 15!  You can find out much more about the building's history and what it has to offer today at their website: https://oldnorth.com/