- April 28, 2020
This week's stop along Boston's Freedom Trail is our first location within the downtown district.  In fact, it is now the oldest building still remaining in downtown Boston, having been built in 1680.  And because it is a home (the only one along the Freedom Trail) it gives us a unique look at life during the American Revolution - the life of a citizen, a businessman, and a patriot.

The address is 19 North Square and, while the building is old, it had an interesting history prior to the construction of the current structure.  From 1670-1676 the site was home to the famous theologian Increase Mather, who was influential to the city as the minister of Second Church as well as later becoming the president of Harvard.  A fire destroyed the original house, but a new one was built by a new owner just a few years later.  Robert Howard was a wealthy merchant who purchased the land from the church and had a two-story townhouse constructed (and I will later point you to an interesting history of the property which concludes the church may have actually constructed the home on his behalf).  The home was an expensive one, and Mr. Howard became increasingly successful and well-recognized in the city as the 18th century approached. 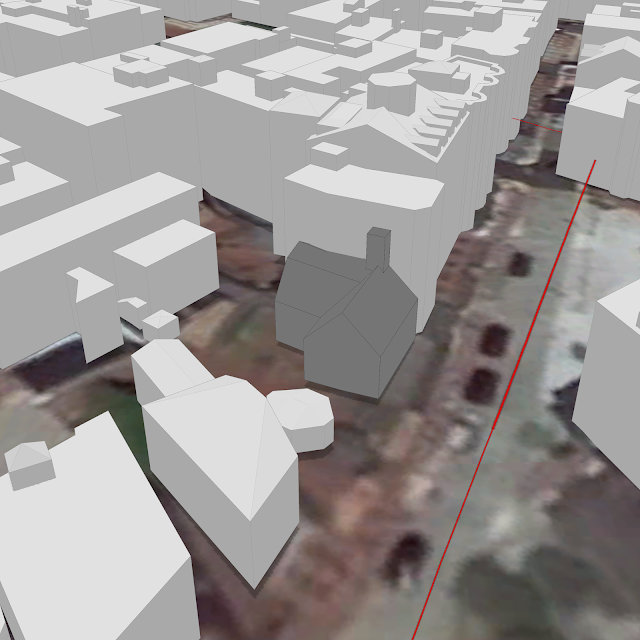 By the time Paul Revere purchased the home, in 1770 at the age of 35, he was already well known among those who regularly protested British taxation.  Laws such as the Stamp Act of 1765 had hurt the general economy of Boston, including Revere's family silversmith business.  His connections and friendships with those championing independence led him to create memorabilia supporting their cause, including images of British troops arriving, a famous engraving of the Boston Massacre, and a commemorative bowl celebrating the Massachusetts Circular Letter.  As a member of the Sons of Liberty, he stood guard during the boycott of tea that bypassed local merchants and was among the leaders of the Boston Tea Party.

It was on the evening of April 18, 1775, however, that Paul Revere (and his house) stepped into history.  After getting information about the intent of British troops to march to Lexington to either destroy or capture a weapons and ammunition store, and potentially arrest John Hancock and Samuel Adams, he stopped by his house for boots and a coat before heading across Charles River.  Once he received the planned signal of lanterns hung in the church steeple - "two if by sea" according to Longfellow's famous poem - he was one of several riders who carried the news through nearby towns.  The resulting muster of militia led to skirmishes along the roads to Lexington and Concord, the first military conflict of the American Revolution.

For more information on the history and details of the Paul Revere House, I recommend the research done by Stephen Roper here as well as the current museum site here.


EDIT: A previous mention of Second Church being the same as Old North Church was removed - the two both used the name "Old North" but were distinct congregations.