- April 21, 2020
The 11th stop along Boston's Freedom Trail encompasses much more than a single building - Faneuil Hall is now surrounded by a number of statues and structures that help tell the story of its history and ensure its neighborhood's future.  Named for the man who funded construction and gave it to the city, merchant Peter Faneuil (pronounced FAN-yull), it originally represented something of a disputed compromise.  The plan was to create a marketplace for the town but such a "gift" was met with some resistance, perhaps because of the thought that such a commercial endeavor would primarily enrich the benefactor, or perhaps because one of his trades was slavery.  The promise of a public meeting space to occupy the second floor was, however, quite appealing and managed to carry the vote.  By the narrow margin of 367-360 the proposal was accepted and Faneuil Hall was opened in 1743 as a central market house and open forum for assembly.

During Revolutionary times the town government was housed here, and Samuel Adams and the Sons of Liberty made use of the available space for debate and commentary to support their cause.  Protests against the Sugar Act and the Stamp Act would impress upon citizens James Otis' claim that "taxation without representation is tyranny".  The candid speech frequently heard in Faneuil Hall earned it the moniker "Cradle of Liberty", which several other locations have claimed but which remains forever tied to this famous meeting place. 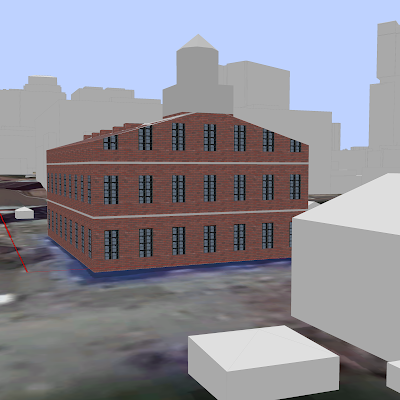 Today, two statues appear to the building's west - Samuel Adams, who represents the birth of American liberty, and Mayor Kevin White, who is credited with the rebirth of the nearby financial district and waterfront portions of Boston.  To the east are three buildings (North Market, South Market, and Quincy Market) which comprise the Faneuil Hall Marketplace, a shopping and eating destination that honors the location's commercial history and provides a lively tourist destination.  Faneuil Hall's impressive modern structure does not resemble much of the original construction, as acclaimed architect Charles Bulfinch oversaw a major expansion in 1806.  Both the height and width were doubled, and the first floor's open stalls were completely enclosed.  One special design feature that has remained, however, is the famous weather vane which includes a golden grasshopper.  You can find out more about the history and current uses of Faneuil Hall, including the marketplace, museums, and an artillery armory, by viewing this National Park Service page: https://www.nps.gov/bost/learn/historyculture/fh.htm