- April 14, 2020
On March 5, 1770 the relationship between Boston and Britain changed forever.  In the shadow of the Old State House, tensions boiled over between a gathering mob of citizens and the soldiers of the 29th Regiment.  Insults were exchanged, challenges were issued, objects were thrown, and eventually shots were fired.  Three men were killed at the scene, another succumbed to his injuries the next day, and a fifth died two weeks later.  A sixth victim was seriously injured, crippled, and died ten years later in 1780, purportedly from complications of his wounds.  No British troops were killed, and the event resulted in the arrest of 13 individuals - eight soldiers, an officer, and four civilians.  Today the event is commemorated by a simple cobblestone circle along the sidewalk amidst the towering buildings of downtown Boston. 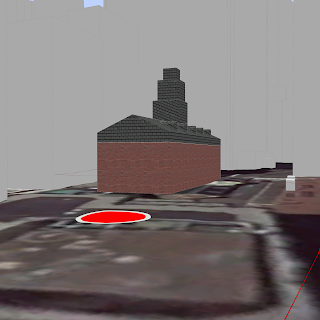 The cause of the outbreak of violence seems to have been primarily centered around the presence of troops within the city.  The Massachusetts House of Representatives had objected a few years prior to a law known as the Townsend Acts, which created a series of taxes on British-made goods, and in addition to petitioning King George III to repeal it they also encouraged other colonies to join in their boycott of those merchants who provided any items impacted by the new tariffs.  Royal officials in Boston requested troops that would help enforce such unpopular Parliamentary laws, and the first regiment arrived in October, 1768 - an occasion which was not well-received by the population and which led to a lingering resentment.

The aftermath was predictably passionate, with patriots such as Samuel Adams and Paul Revere participating in funerals and helping spread word of the actions from a decidedly anti-British viewpoint, the troops in Boston being relocated to a nearby fort to prevent further bloodshed but also leaving the Royal government with no effective strength to police the city, and a highly-publicized trial featuring a future president (and Samuel Adams' cousin) John Adams representing the indicted soldiers.  The legal result was that the jury accepted the argument that the mob had threatened the soldiers, who were seen to have acted in self-defense.  Six of the soldiers were acquitted (as were the four civilians who were tried the following month), and two were convicted on the reduced charge of manslaughter and sentenced to be branded on the hand.  The result in the court of public opinion, however, was a general distrust of the standing armies and a regular point of emphasis for those opposing Britain to use while generating support for independence.

John Adams himself provided what may be the best summary of the event three years later:
"Judgment of Death against those Soldiers would have been as foul a Stain upon this Country as the Executions of the Quakers or Witches, anciently. As the Evidence was, the Verdict of the Jury was exactly right. This however is no Reason why the Town should not call the Action of that Night a Massacre, nor is it any Argument in favour of the Governor or Minister, who caused them to be sent here."