In 586 BC, the walls of Jerusalem in the southern kingdom of Judah were breached by the Babylonians.  King Zedekiah was captured as he attempted to escape, and was taken roughly 200 miles north to the city of Riblah, where his sons were executed and he was blinded before being taken to Babylon in chains. 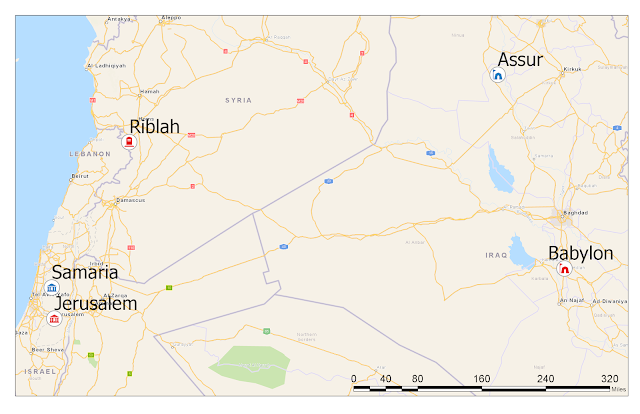